Lately, we’ve been spending a lot of time at Dev Bootcamp learning how to organize objects and model behavior with classes in Ruby. That’s a really generic description, so here’s an example of some of the fun you can have by creating your own classes.

Let’s imagine we want to build some kind of a dog simulator, like The Sims: Dog Edition. In this awesome new game, we can create countless dogs and watch them interact in a virtual world. But, all dogs are unique. Breeds can vary in their physical characteristics and behaviors. And while dogs of the same breed are often similar, there’s lots of variation within any given breed, too. How can we model this?

Let’s start off with a general Dog class:

So the Dog class lets us generate dogs for our dog simulator, and every new dog will have a name, some random characterstics, and a way to bark. Let’s make it a little more sophisticated and add an even more specialized kind of Dog class to represent the revered Boston Terrier breed. 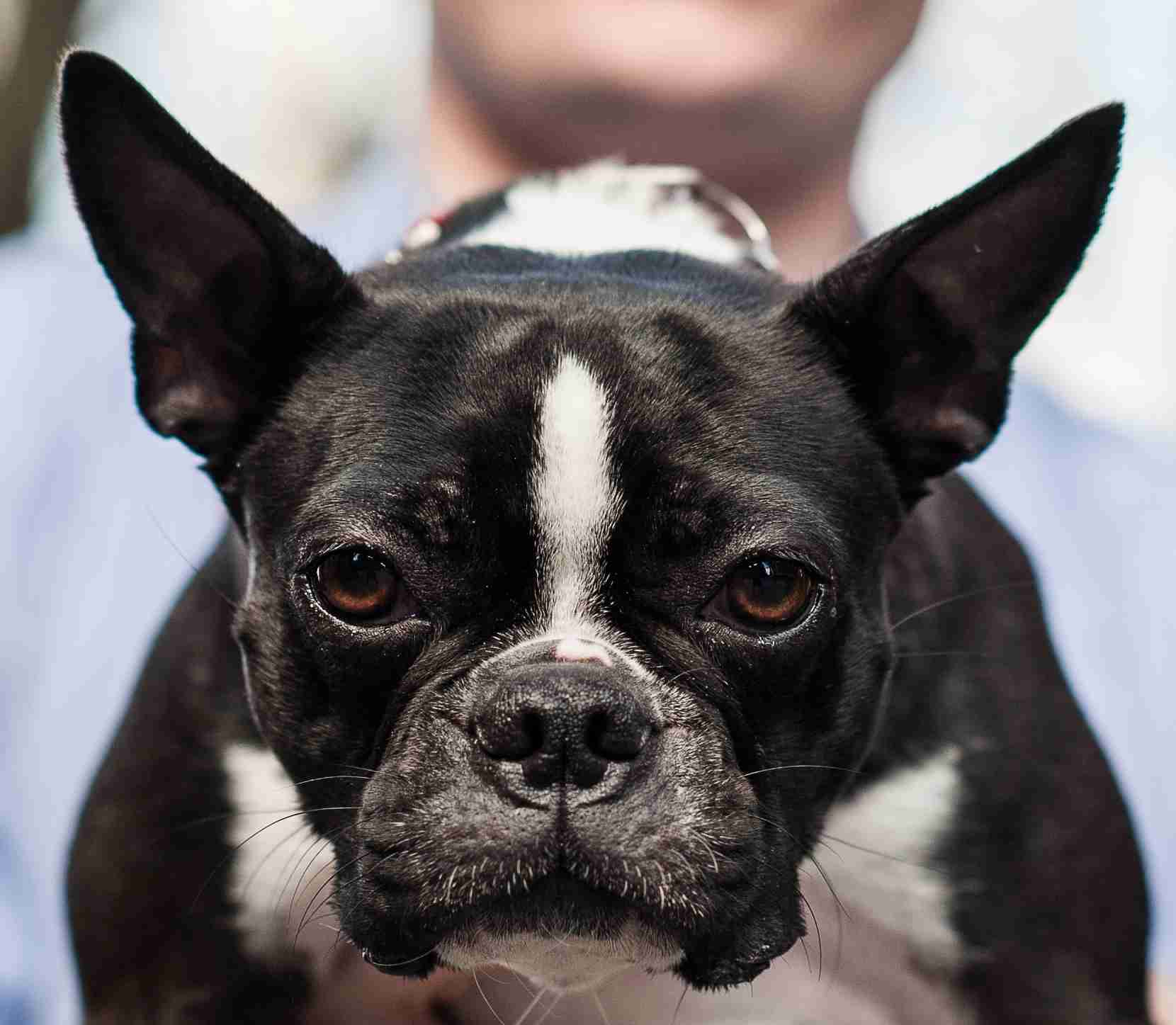 Mia, a Boston Terrier, stares into your soul

Here’s a start to defining the BostonTerrier class:

The BostonTerrier class builds on our existing Dog class and adds a few new wrinkles:

So let’s make a Boston Terrier named Mia and see her in action:

We can keep going, too! Here’s a subclass for Shetland Sheepdogs, another friendly breed known for their smarts and knack for herding:

The ShetlandSheepdog class inherents all of the generic Dog properties and has a unique method, herd, which takes another object as a parameter. Now our dogs can interact! Let’s make a Shetland Sheepdog named Shellie, and have her try to herd Mia:

Ok, so there isn’t a whole lot of drama in our dog universe yet. But, you can probably imagine some ways we could improve the herd method, e.g., making the outcome dependent on the friendliness of two dogs involved. We could also add another layer to our hierarchy, between generic dogs and specific breeds, which would group different types of breeds (herding dogs vs. lap dogs) and could simplify our breed classes.

Just the little bit I’ve learned about classes and inheritance has been very powerful and has got me thinking about objects in a much more structured way. It’s pretty exciting stuff, but this is only the very beginning. If you’d like to carry on my canine version of the Sims, knock yourself out, but let me know when the checks start rolling in.